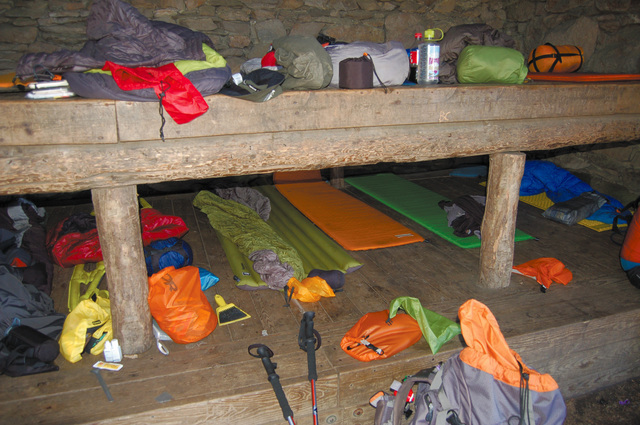 Benton MacKaye believed that the string of "shelter camps" along the Appalachian Trail would provide respite for hikers, enjoybale work opportunities for trail volunteers, and a place where hikers and volunteers could meet one another and establish new friendships.

Despite his relentless optimism about human nature and the redemptive value of time in the forest, even MacKaye worried about what he called the "yegg-man" [burglars, neer do wells] and "profiteers" at the shelter camps, and urged that that "the trail must be well guarded." While crime and "profiteering" are very rare occurances at trail shelters, many suffer from overcrowding during peak hiking periods, and others, especially those close to roads, turn into locations for impromptu parties.

Overcrowding at trail shelters and poor hiker behavior was already a growing concern for the Appalachian Trail Conference by the early 1960s. The Trail was becoming increasingly popular with hikers and that popularity brought new people to the Trail, who were not always fully on board with what the ATC felt was proper trail etiquette. By 1962, concerns about these new hikers reached the point where the ATC felt the need to admonish its members about proper behavior at the shelters.

Those already filling the shelter to capacity should extend all possible courtesies to the later arrivals, such as sharing fireplace space, etc., The Golden Rule of "Do unto others as you would have them do unto you" is particularly applicable in the woods. [Appalachian Trailway News, September 1962]

Shelter users often complain about the amount of refuse left behind by other hikers. These complaints are not new, because as early as 1939, the ATC was urging its member clubs to redouble their efforts to keep the trail shelters free from refuse. In the 1930s, this meant maintaining a trash pit near the shelter, a practice that ended shortly after the Second World War. The solution--adding trash barrels at the shelters--proved to be no more successful, in part because the trail maintaining clubs could not keep up with the amount of trash being left in the barrels during peak hiking season, and because having trash barrels close to the shelters attracted mice, skunks, and bears.

The problems associated with the growing popularity of backpacking in general and of the AT in particular became so acute by the early 1970s, that the ATC gave serious consideration to removing shelters from the Trail altogether. In January 1974, the Appalachian Trailway News polled all the trail maintaining clubs and all ATC members to ask what should be done about the future of the trail shelters. Responses to this survey varied greatly, from calls to remove the shelters altogether, to the removal of those that were close to road crossings, to investing greater energy in educating hikers on backcountry ethics. Ultimately, the ATC decided on a set of steps that included removing some of the most problematic shelters, encouraging the trail clubs to hire what became known as Ridge Runners to visit the shelters on a more regular basis during peak hiking season, the removal of the trash barrels from the shelters, and a greater investment in outdoor education programs. 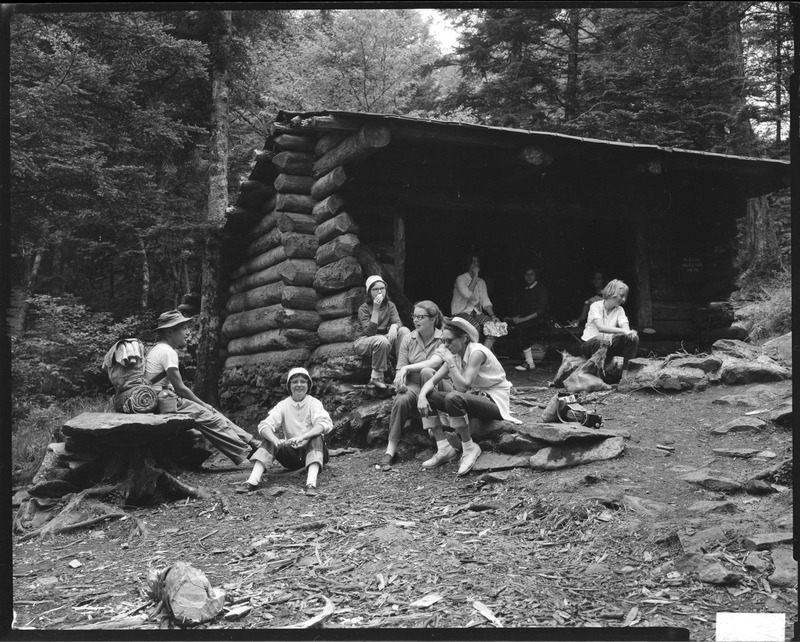 Despite the issues arising from overuse or mis-use of shelters, MacKaye's hope that a string of camps along the Trail would welcome weary hikers has nevertheless been realized. Trail shelters remain gathering points for day hikers, long distance hikers, and trail club volunteers. The shelters are also often the place where hikers often encounter moments of "Trail Magic," everything from small gifts of food, coolers filled with cold drinks, or sometimes "Trail Angels" (the providers of Trail Magic) who have brought delicacies like pizza, candy, cold beer, fresh vegetables, or hard to find supplies.