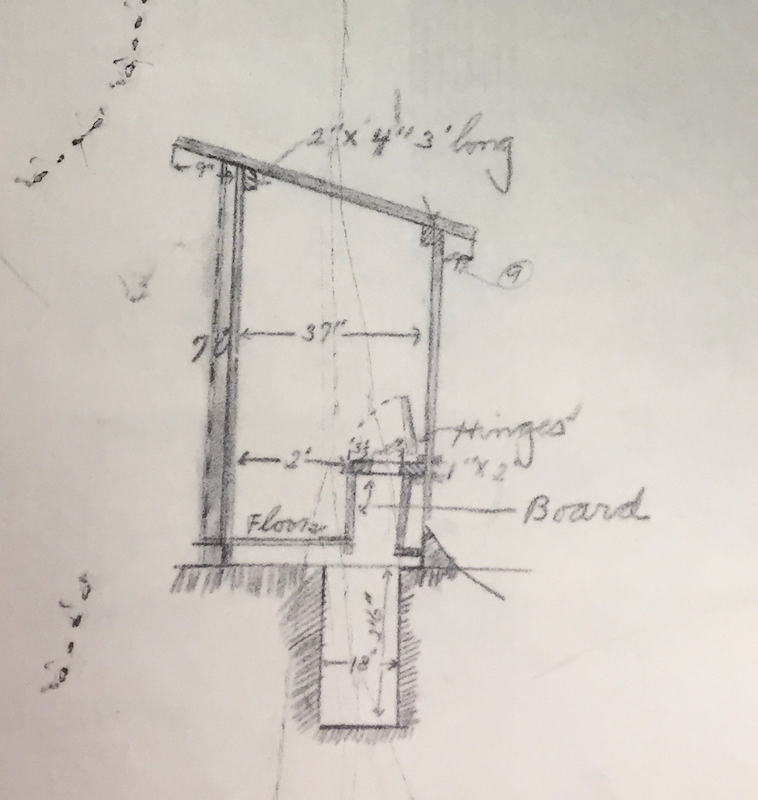 One of the most important features of the Appalachian Trail shelters are the shelter privies (outhouses). Almost every one of the more than 200 shelters along the Trail has its own privy and the availability of these facilities is a major attraction for hikers passing by or planning to stop for the night. Having such facilities at the shelters also helps to minimize the human impact along the Trail, because the privies concentrate the depositing of human waste in just a few locations. The original trail privies were all pit toilets and many of those older pit-style privies remain. But over time much more eco-friendly versions have been developed by the various trail maintaining clubs.

"It is most desirable for reasons of sanitation to construct a toilet near the lean-to. This should be located so that the drainage cannot contaminate the drinking water supply."

As late as 1940, ATC Chairman Myron Avery felt the need to remind the president of the New England Trail Club of the necessity of some sort of privy near each shelter:

No matter how seemingly little used, every lean-to must have a latrine. Sometimes this is overlooked...

An early debate among members of the ATC was whether or not these latrines (privy in today's parlance) should be locked and thus reserved for hiking club members. Because so many of the trail shelters were on public land--national parks, national forests, state parks--it proved impossible to exclude members of the general public from either the shelters or their latrines. This debate is an example of a basic tension in the Appalachian Trail community--a tension that remains today--between the needs of long distance hikers and the needs of the more casual hiker. Over the decades, many long distance hikers have resented the presence of day hikers on the Trail, and debates about who could or could not use a backcountry toilets bring that debate down to its most basic human level. 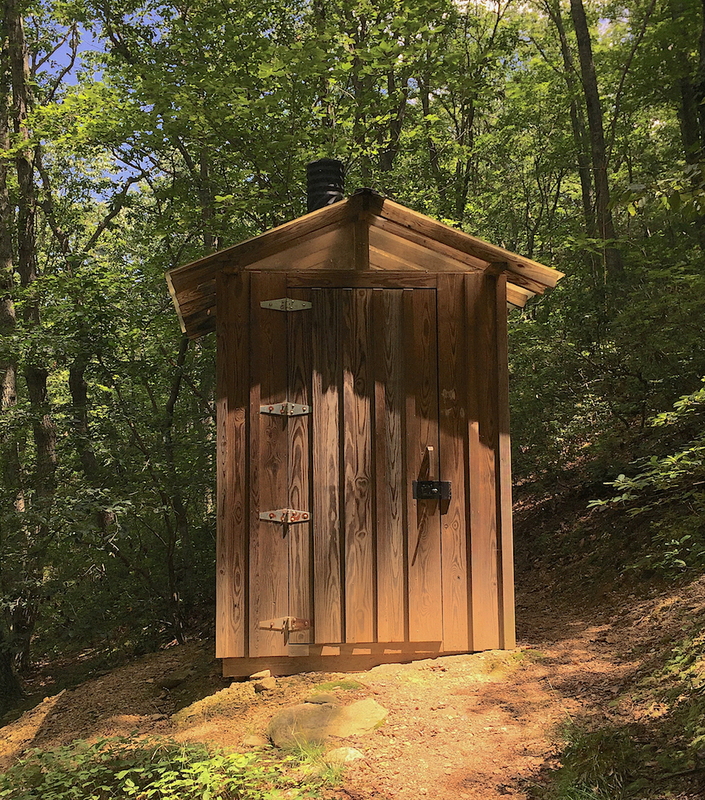 Today, every shelter along the Appalachian Trail has just a privy of some type located nearby. These privies range in comfort and quality from the very old to the very new. Some are quite small, while others are spacious. Increasingly, trail maintaining clubs are replacing the old (and malodorous) pit privies with mouldering privies that are more environmentally friendly and less smelly. The mouldering (composting) privies have the advantage of being easier to maintain--they do not have to be relocated or pumped out when full--but they also require much more constant attention from trail crews and can fill too quickly with overuse.