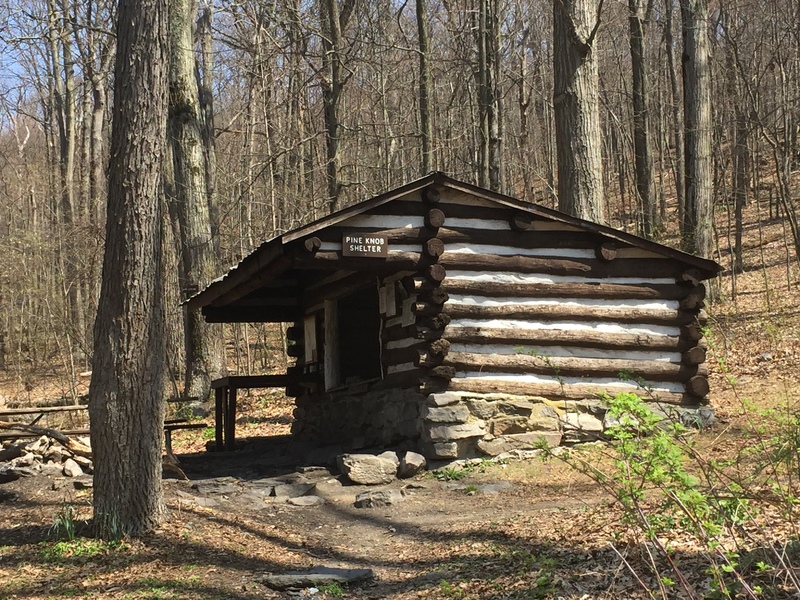 In 1939, the Appalachian Trail Conference issued guidelines to its member clubs regarding the construction of shelters (then called lean-tos) along the Appalachian Trail. The goal, as stated in this document, was in keeping with MacKaye's vision of stopovers "at convenient distances so as to allow a comfortable day's walk between each." Trail clubs were encouraged to place shelters approximately 10 miles apart with easy access to water and to place a toilet and garbage pit at each shelter. Shelters were to be equipped with either wire frame cots or bunk beds. None of the cots survive, but many Trail shelters still retain their bunk beds.

Regardless of their design, as Roland Mueser wrote in his 1998 reflection on long distance hiking, trail shelters:

Provide warmth and cover. They are the social centers, the communication crossroads, and protection from what seems interminable rain and wetness. 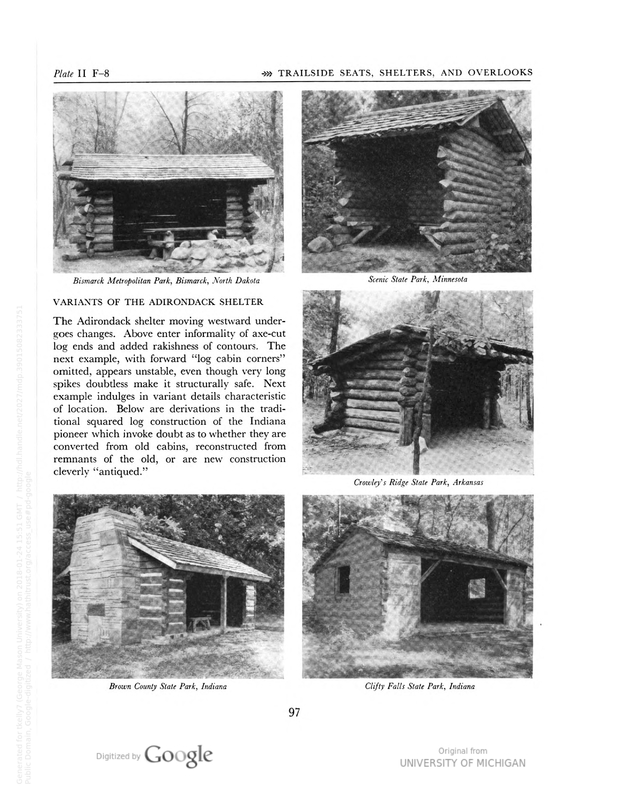 When choosing a design for the early shelters that would line the Trail, the ATC leaned heavily on the advice and preferences of the National Park Service, which advocated for an Adirondack lean-to style shelter. The classic Adirondack shelter is a three-walled peeled log structure, with a gently sloping main roof and a steeply sloping front roof. This shelter design includes a stone fireplace at the front that would radiate heat and light into the structure.

Given the wide variety of designs in the shelters now found along the Trail, it is clear that the various trail clubs took the ATC's advice, or didn't, as it suited their members. However, the largest number of trail shelters are variations on the Adirondack lean-to design first advocated by the National Park Service. 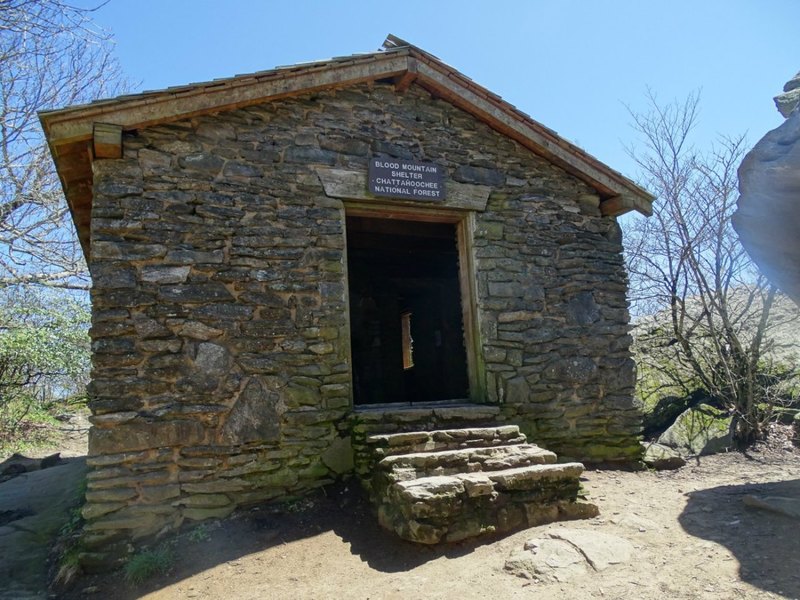 A significant number of the shelters built along the Trail were constructed by members of the Civilian Conservation Corps. Some few of these, like the Blood Mountain Shelter, built by the CCC in 1937, were made from local stone rather than peeled logs. Some of the stone shelters were also lean-tos, but many of the others like Blood Mountain Shelter, were more substantial structures resembling small cabins or homes, complete with internal fireplaces, windows, and front doors. 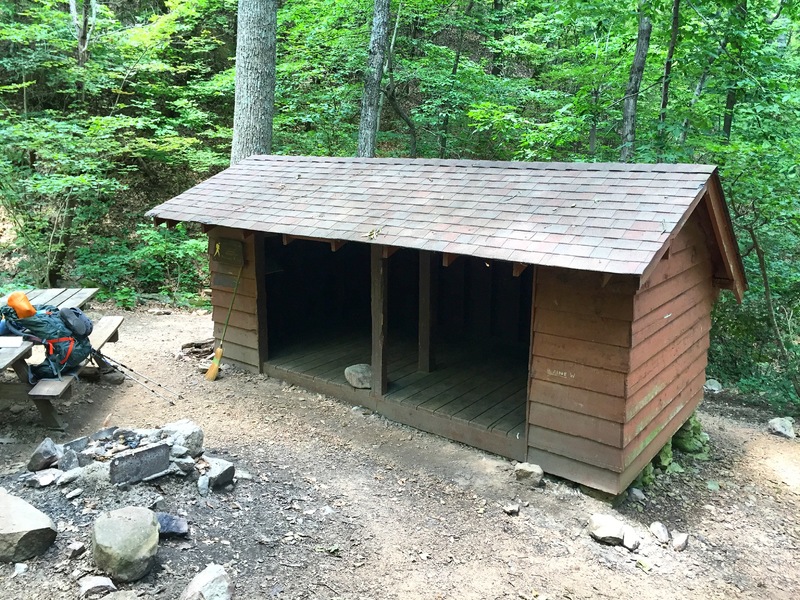 More recent shelter designs are typically derivations of the original Adirondack lean-to, although few of the shelters built in the past four decades have been constructed from logs. Intead, they are more typically made from wood frame materials more readily available to the trail clubs, more easily transported to the work site, and more easily assembled into structures. These light wood frame shelters, like the Bobblet's Gap Shelter pictured here, are also easier to maintain than a log or stone structure. Nevertheless, they retain the lean-to design that emphasizes open fronts and thus a more communal experience for hikers.