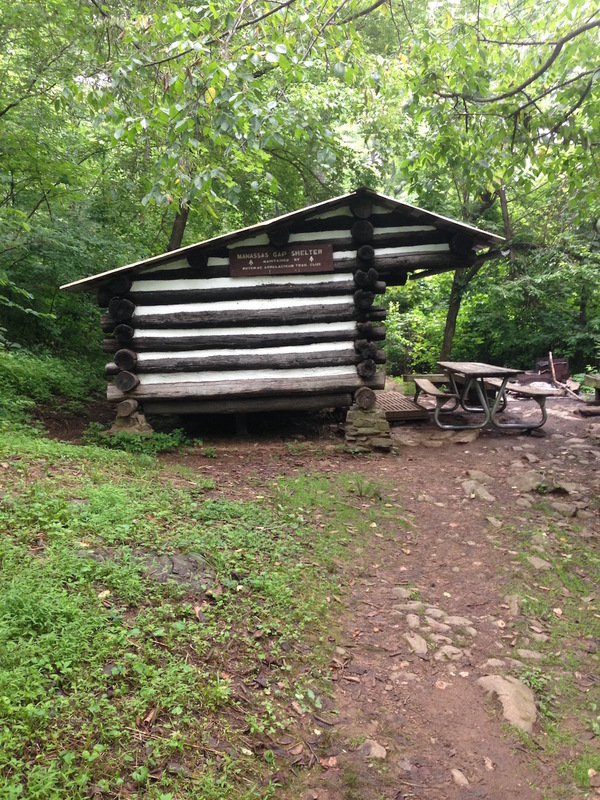 In his 1921 essay in the Journal of the American Institute of Architects proposing an Appalachian Trail, Benton MacKaye argued for a series of "shelter camps" that:

Should be located at convenient distances so as to allow a comfortable day's walk between each. They should be equipped always for sleeping and certain of them for serving meals after the fashion of the Swiss chalets. Strict regulation is essential to provide that equipment is used and not abused.

Today only a scant few of the more than 250 Trail shelters offer the amenities MacKaye anticipated in his proposal for the Trail. Most are simple lean-tos with three walls and an open face like the Manassas Gap Shelter pictured here. The earliest of the trail shelters pre-date MacKaye's proposal (mostly in New England), but as soon as the Appalachian Trail took off as an idea, trail clubs began building a wide variety of structures along the route of the new trail. There was a real building boom in the 1930s, including some significant help from the Civilian Conservation Corps, and then again in the 1950s. However, many of the shelters found along the Appalachian Trail today are of much more recent vintage.

Although the three wall design is most common, hikers find a wide variety of structures as they follow the white blazes of the Trail north or south. Some are quite elaborate, rising two stories, or having large front porches, or even an outdoor shower. Only the huts maintained by the Appalachian Mountain Club, like the Lakes of the Clouds Hut pictured here, offer the kinds of services MacKaye hoped his future hikers would find. 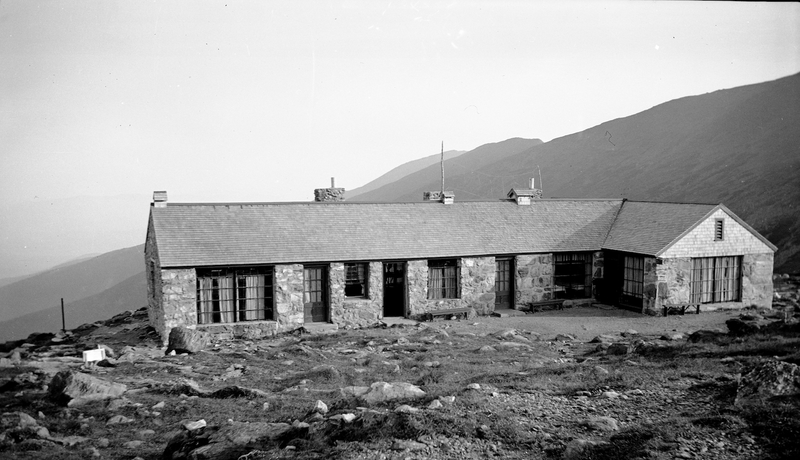 The vast majority of the shelters along the Trail have been built and are maintained by the many volunteer clubs that care for the Trail. Almost all are situated near a consistent water source and most have a club-maintained privy. Most also have tent pads close by. Because they offer so many amenities, and because of their convenient spacing, the trail shelters have become gathering points for hikers, as MacKaye intended.

An important feature of the Appalachian Trail shelters is that, with the exception of the AMC Huts in New Hampshire and Maine, they are free to use and open to all. Signs in the structures often say "reserved for long distance hikers," but any hiker is free spread his or her sleeping bag on the floor or a bunk and spend the night under roof and between at least three walls. In this way, one of the most important core values of the Appalachian Trail clubs was expressed long before the Trail became a national park, and thus a public resource. As Benton MacKaye and the legion of volunteers who built and maintained the Trail in its first decades hoped, the AT is free and open to all who want to take a walk in the woods.