What is Trail Magic? Who Are The People That Do It? 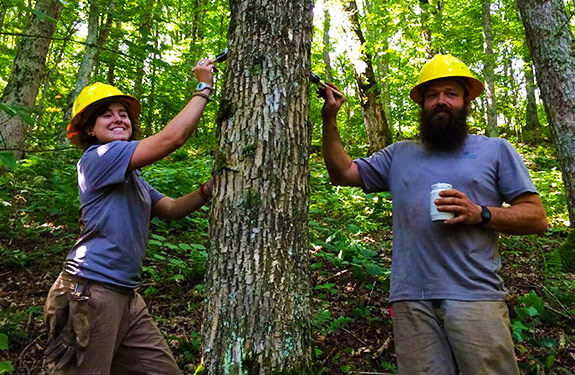 What Exactly Is Trail Magic?

The term "Trail Magic" will bring to mind something different to everyone who hears it. Some will say that they have experienced trail magic as a hiker on the Appalachian Trail before, and some might say they gave back through Trail Magic a couple years ago at that barbeque they held in Damascus. However, one thing is for certain, that the definition of Trail Magic  is a universal one for those completely uninvolved along the trail, and those who's lives revolve around it, meaning that the global understandng of Trail Magic is that "it is the unforeseen help and support provided by others as you make your hike". And this is something, accoring to countless reports, journals, and memoirs, that can be accomplished in a number of different ways, from helping out with trail maintence, to leaving a cooler with food inside along the trail.

Who Are Trail Angels?

Like the saying, "It takes a village to raise a child", it takes a community to raise the morale of hikers through Trail Magic. Though there is no officially established community of Trail Angels, they are a community of people in their passion for helping people, meaning that these so-called "Trail Angels" are simply people who volunteer themsleves, their time, and resources, financial or not, to help their fellow human beings who are hiking along the Appalachian Trail.

Why do Trail Angels Do What They Do?

Being a Trail Angel is a choice, and not an easy one, at that. Trail angels immerse themselves in trail culture and with the hikers, giving them through transportation, food, and geuine kindness, but it is not done out of expectations for something in return. Though everyone may have a different reason for becoming a Trail Angel, the general concensus is that people do it out of kindness, and as their way to "give back".