It is not known at exactly what time, or how Trail Magic began to take hold of the Appalachian Trail, but the author of an article titled "Trail Magic. What Is it?", Allen Poole says that "the term was in use by the early 1980s [at the very latest]" and at the time that this phenomenon began, it was named to fit the feeling of wonder that came with it. Because "in those days that term seemed to apply to some event that was sort of magical and serendipitous, or even mystical in nature", in other words, it was named as such because it was a magic event that no one was expecting. 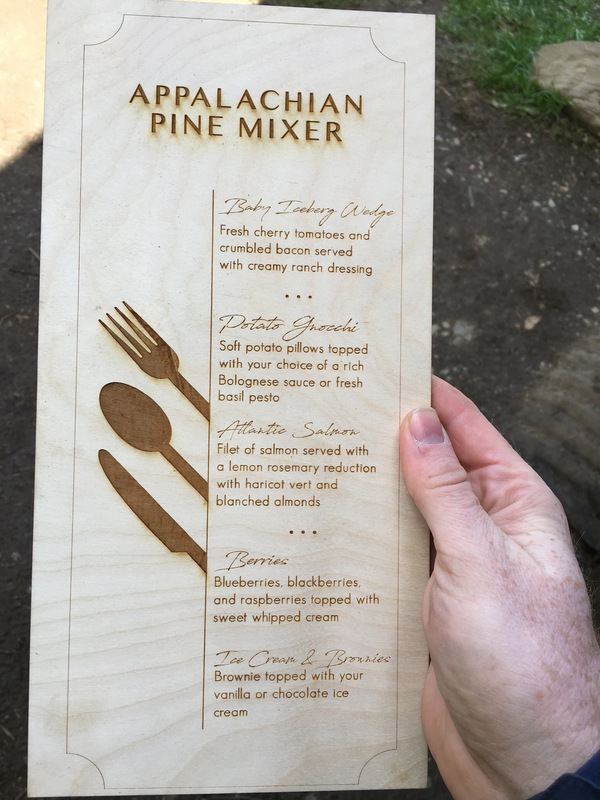 A fancier form of Trail Magic put on by the Savannah College of Art and Design in Georgia.

"SCAD Professor Phil “Bun Getting” Caridi says, Students… with four groups of three people each came up with over 100 ideas of taking trail magic to the extreme and even impossible. After pairing the 100 things, we found what was feasible to provide the experience... students set to work designing, welding, and laser cutting tables for the dining experience. Everything from the atmosphere to costumes to the menu were constructed for the event". It was truly a magical experience, as one hiker said that "[he's] been hiking the Appalachian trail from New Hampshire to North Carolina for years. This is the most original trail magic ever. I’m glad I went the distance to view the shelter and see this.”