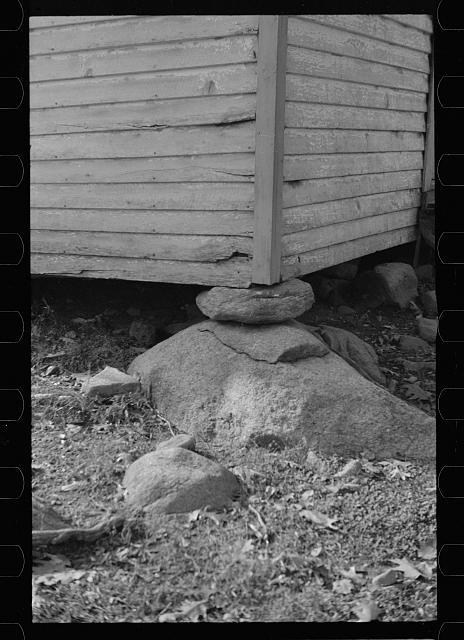 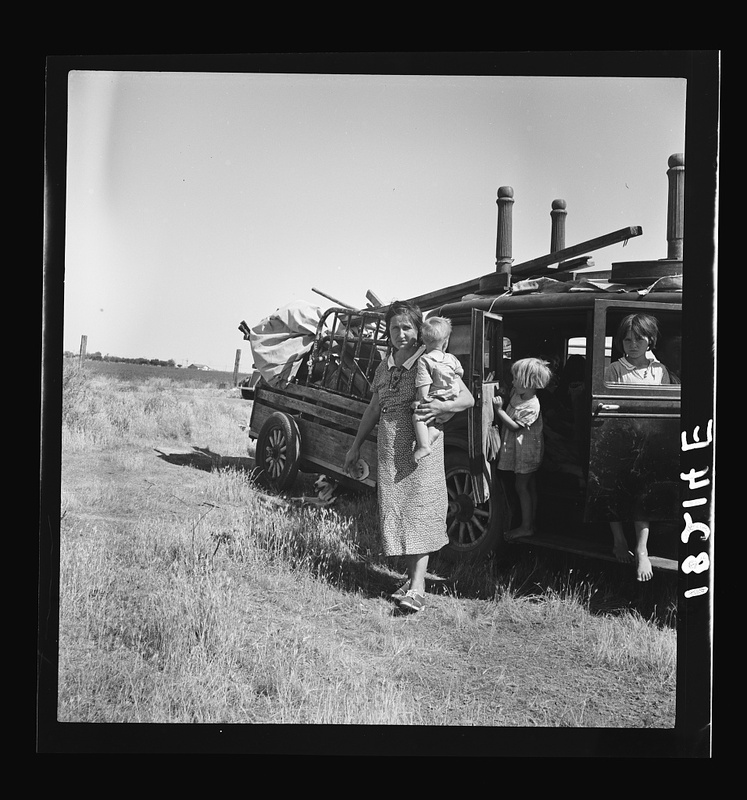 Poverty was a universal problem that brought communities to their knees in the Great Depression.  These communities were in lowlands, mountains, and all across the continent.  The cornerstone of this church, seen in the photograph to the left, was a common site in areas where the Depression hit hardest.  Priorities shifted greatly for many during this time.  Keeping children fed became a daily struggle for some, especially those who were already poor before the Depression.  Yet, not all found themselves on Skid Row.

Just as it existed prior to the Depression and it continues today, there was a wide spectrum of wealth levels in the nation during the Depression.  The wealthier tended to be more educated, thus there was a wide array of education levels as well.  In nearly every area during the Depression you could find communities with elements of vast economic diversity- such as lawyers, landowners, shopkeepers, homemakers, day laborers, migrant workers, and the unemployed.  The destitute and the fortunate were found in both urban and rural settings; from the lowest valley to the highest mountain of Shenandoah.

Though there may have been a large, lovely home nearby, photographers such as Arthur Rothstein kept their cameras aimed primarily at shacks and muddied, barefoot children.  This hyper-focus on extreme cases perpetuated the negative stereotype of the backward mountaineer.  The stereotypes aided efforts of groups such as the Potomac Appalachian Trail Club, hoping to see the creation of a national park better facilitate the Appalachian Trail.  But, they painted an offensive picture of mountain people that has persisted in popular culture even to this day.

Physical and mental effects of poverty and malnutrition were not isolated to these mountain communities of Virginia.  Far from Shenandoah, a child with obvious signs of rickets, in the photo to the left, stands on a porch near Wadesboro, N.C.  Many who studied the Shenandoah residents of the 1930s were quick to omit the more universal problem at hand and the likelihood that there were very treatable ailments at play in their findings- treatable without requiring removal from their mountain homes.  Instead, though certain problems were more prevalent among the poverty stricken nearly everywhere, such problems were categorized as a result of mountain isolation when researchers studied Shenandoah in the 1930s.

The same researchers that seemed to ignore the big picture of poverty, also pointed the finger of blame at the isolated nature of the Appalachian communities they studied.  Among the most “backward” of the communities that were said to be suffering from the effects of isolation from civilization, was Corbin Hollow.  Recent studies by archaeologist Audrey Horning have uncovered artifacts in Corbin Hollow and other former mountain communities.  These artifacts reveal that the hollows were not cut-off from the world.  Decorative tableware, bottles, auto parts, and items that had to be ordered by catalog have all been found and were obviously once part of mountain life.  A toy gun, a record, and many commercial food containers found at the Corbin site prove the mischaracterization of the “hollow folk” as pitifully secluded creatures in need of saving.

These Shenandoah mountain communities were connected to the rest of society, as much as they cared to be, it seems.  Horning suggests that their cultures “were not the product of geographic, cultural, and familial insularity.”  Instead, they were people making “choices regarding their subsistence and economic lives, choices and decisions that changed over time and were tempered and shaped—but not determined by—the natural environment.”  In more ways than one, the “problems” of Shenandoah’s mountain people were not that born of isolation.