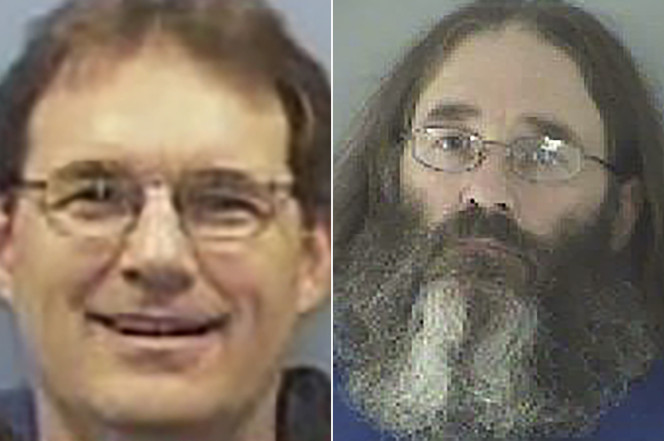 Corporate embezzler wanted by the FBI hid out on the Appalachian Trail for several years.

Although crime is rare on the Appalachian Trail, the reclusiveness and isolation of the trail can provide temporary sanctuary for criminals and fugitives of the law. In 2009, AT hiker "Bismarck" (James T. Jones) became a suspect in a FBI corporate embezzlement case and fled his home state of Kentucky. He was on the run for almost five years, most of which he spent on the Appalachian Trail under his new hiking alias. He was a friendly face to many hikers and local businesses, and succeeded in eluding the authorities until his capture in September 2015. In an Associated Press article reprinted by the New York Post, Jones was described by one person as "a little more gregarious and social than the typical hiker," yet generally an amiable person who had managed to blend into the local community and evade suspicion.

Wanted fugitives such as Jones are rarely found on the Appalachian Trail, but there are other types of individuals who engage in strange criminal behavior. Nudity is not often present on the trail but nonetheless does occur. Lewd acts of public nudity are obviously illegal but sometimes do happen. In early November of 2012, a 62-year-old man named Harry J. Rohrman was arrested for hiking the trail wearing nothing except a pair of sneakers. As reported by Riley Yates of The Morning Call, Rohrman was quoted as telling fellow hikers that hiking nude was "...the only way to hike the trail." Rohrman was a former resident at a nudist resort but had to leave because he could not financially afford the membership fee. He apparently had a prior conviction of indecent exposure stemming from a 2007 incident, and then fled to the Appalachian Trail in an attempt to engage in nudist behavior in a location where he would be less likely to encounter other people.

Nudity does have its traditions in hiking culture, however, and June 21st is National Hike Naked Day. For those on the Appalachian Trail and other trails across the country, there are quite a few who decide to partake in the festivities. Though many people are uncomfortable with the idea, there are always a few individuals who choose to engage in the criminal behavior despite the risks. It is important to understand that the Appalachian Trail is a family-friendly environment and is often populated with children in addition to adults. Getting caught hiking naked could result in a lewd conduct charge, or even worse, indecent public exposure to a minor and subsequent sex offender registry. More information about Appalachian Trail culture and Hike Naked Day risks can be found on the The Trek website.