Ten Days on the Appalachian Trail

An account of a ten-day trip on the Appalachian Trail by Ben Beck of the Maryland Appalachian Trail Club. Beck and his friend Herb Robertson hiked from Harper's Ferry south to the Skyland Resort in the newly created Shenandoah National Park between June 13-23, 1935, a total of 79 miles.

At that time there were only a few shelters (Sexton, Meadow Spring, Range View) available for their use, so they either camped under the stars, in the ruins of abandoned houses, or stayed in bunks at CCC work camps.

Trail conditions varied widely during their hike, from recently cleared and well-maintained, to almost impossible. "The trail was bad this morning. Very rough and uncleared. Berry bushes and ferns up to your shoulders…All the springs along here are classified as intermittent. Damned intermittent if you ask me. They’re all dry."

Their diet consisted mostly of onion and bacon sandwiches, canned peaches, dried fruit, and instant noodle soup, and whatever they could purchase at stores they passed along the way. 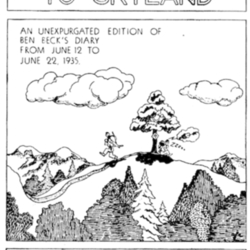 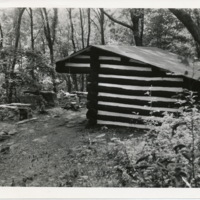 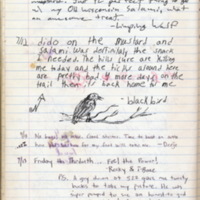 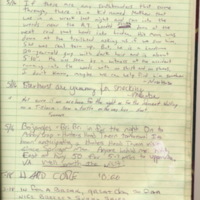