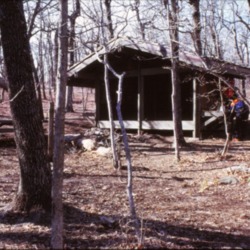 The Hawk Mountain Shelter in Georgia is located in the Chattahoochee National Forest, about eight miles north of the southern terminus of the Trail at Springer Mountain. As a result, it is often the first stop for northbound hikers. This image shows the shelter as it was in 1974. It has subsequently been rebuilt by the Georgia Appalachian Trail Club. 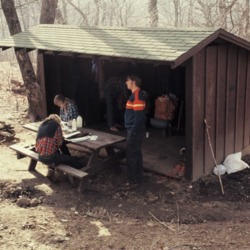