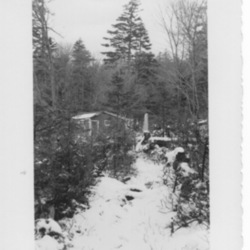 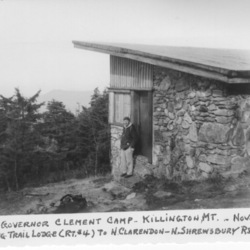 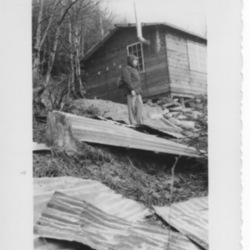 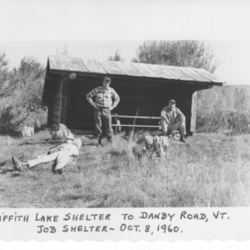 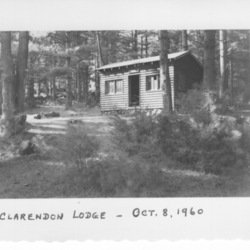 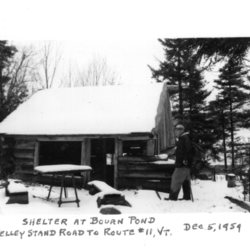 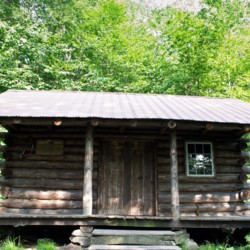 The Melville Nauheim Shelter is located in Vermont's Woodford State Park, near the village of Woodford. It is part of the Long Trail shelter chain that the Appalachian Trail shares, and is maintained by the Green Mountain Club. This image offers a sense for how crowded the small trail shelters can become in popular sections of the Trail. 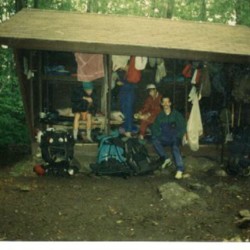 The Lula Tye Shelter, 1966. This shelter was built by the U.S. Forest Service in 1962 near the southern shore of Rock Pond in the Green Mountain National Forest. It is named for Lula Tye, who was the Corresponding Secretary of the Green Mountain Club from 1926-1955. 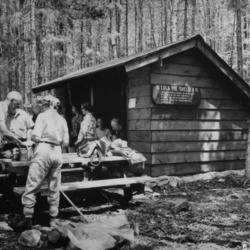 Goddard Shelter on the Appalachian Trail and Long Trail in Southern Vermont, July 26, 2002. 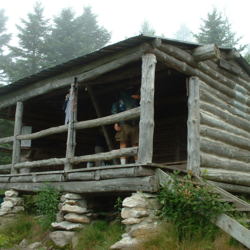 Stratton Pond Shelter on the Appalachian Trail and Long Trail in Vermont, July 24, 2002. 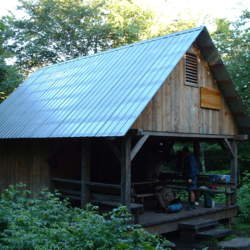