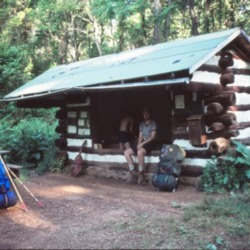 The Three Springs Shelter was located in what is now known as the Roller Coaster section of the Appalachian Trail in Northern Virginia just north of the FEMA Mount Weather Operations Center. Built by the Civilian Conservation Corps in the 1930s on private land, the ownership of this shelter passed to the Potomac Appalachian Trail Club (PATC) in 1969, when the club purchased the shelter and 15 surrounding acres of land, including a section of the AT. This shelter no longer exists.

The 1941 ATC Guide to the Paths of the Blue Ridge offers this description:

Three Springs Lean-to is situated in a small clearing near the summit of the Blue Ridge on its southeast slope one mile north of Mt. Weather. It occupies the site of the old Ashby farmhouse that had been built early in the nineteenth century. There is a chimney over the fireplace.

At that time, the Appalachian Trail was located on the east side of Blue Ridge Mountain Road, but was later re-routed onto the western side of the ridgeline. 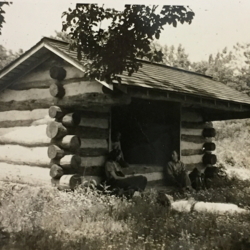