Nantahala Gorge, photographed by George Masa in the early 1930s. The Appalachian Trail crosses the Nantahala River in the Gorge, before climbing back up to a series of 5,000 foot summits on either side of the river. 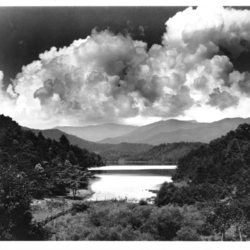 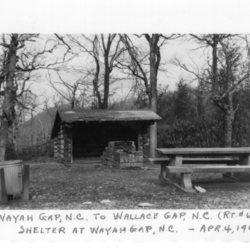 The Cable Gap Shelter was built in 1939, by a crew from the Civilian Conservation Corps. It is located near Fontana Dam in the Nantahala National Forest. It is one of the oldest trail shelters in the southern half of the Trail.