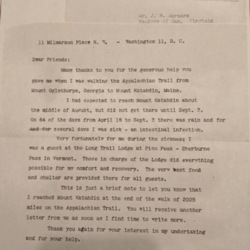 A group of hikers on the Pinnacles of Dan in 1908, led by John Barnard (in hat on far left). Barnard later became the overseer of the Appalachian Trail in Patrick County, VA, and was described as the "King of the Pinnacles" in a story about the trail that appeared in National Geographic Magazine in the 1940s.

The Pinnacles were regularly described by AT hikers as the single most difficult part of the hike, except perhaps the climb of Mount Katahdin in Maine. Today the Dan River Gorge (where the Pinnacles are located) is closed to hikers. 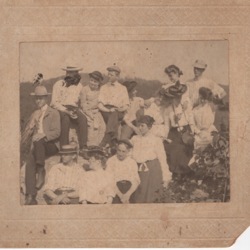 John Barnard with a memorial he made to the local Native Americans who lived in the Dan River gorge. According to his grandson, Barnard cast the concrete in sand and then added artifacts he had found in the gorge over the years. 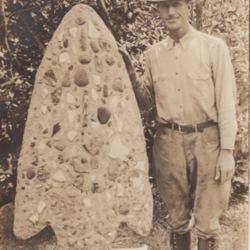 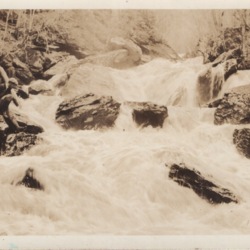 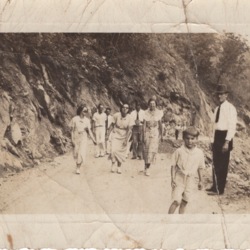 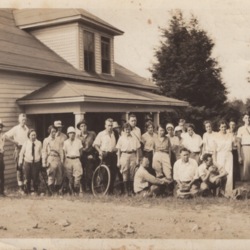