Hikers along the Appalachian Trail today can count on some sort of shelter approximately every 8-10 miles along their route. Construction of this chain of shelters began in the 1930s, but was not completed until after the Second World War. The original route of the Appalachian Trail in Southwestern Virginia included only one such shelter on Rocky Knob in Floyd County. Hikers along the original route had to camp either in tents or in the ruins of old barns or farm houses along the way.

The Cherry Tree Shelter, pictured here, was constructed right around the time that the AT moved away from its original route along Iron Mountain to the present route that passes through the Grayson Highlands. Some hikers who still followed the old route of the trail into the late 1950s reported staying at this shelter -- the only one west of the New River along the old trail route. 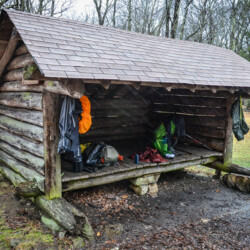 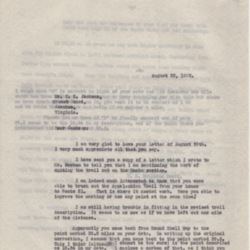 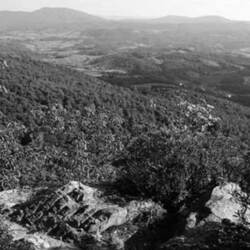