The Fulhardt Knob Shelter is located in the Jefferson National Forest in Virginia and was built by the U.S. Forest Service. It is one of the few Trail Shelters with no spring nearby. Instead, water is gathered in a large rain cistern behind the shelter. It is maintained by the Roanoke Appalachian Trail Club. 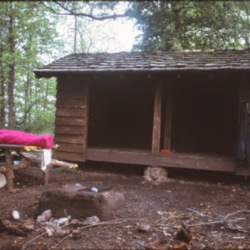 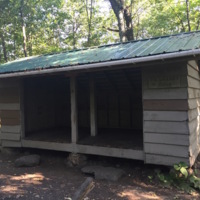