James T. Jones was known as "Bismark" along the Appalachian Trail. Once an avid hiker with an amiable personality, he was captured in Damascus, VA in 2015 by the FBI on several counts of corporate embezzlement. He had been on the FBI's wanted list since 2009 and apparently found recluse and a new identity on the AT where he was able to elude authorities for over five years. 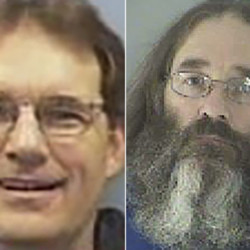