An act to establish a land and water conservation fund to assist the States and Federal agencies in meeting present and future outdoor recreation demands and needs of the American people, and for other purposes.

Congress, Conservation, Department of the Interior, House of Representatives, Legislation 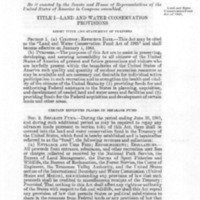 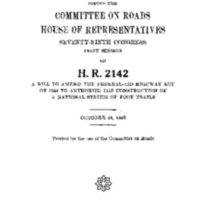