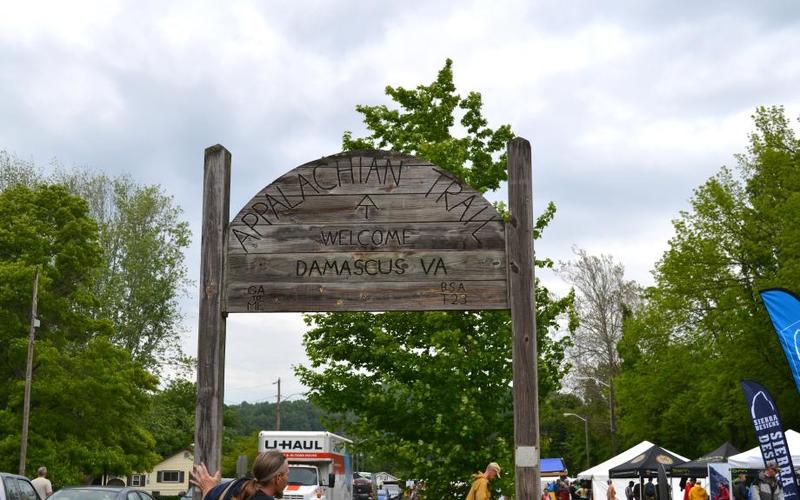 Appalachian Trail sign in Damascus, Virginia, during  the Trail Days festival in 2013.

One primary feature of MacKaye’s proposal was that the AT should be easily accessible from the major urban centers of the East Coast. Monson does not precisely meet this criterion. It is remote. The nearest city with an airport is Bangor, Maine, some 56 miles away by car. Still, Monson’s strategic location at the end of the One-Hundred Mile Wilderness ensures that a steady stream of through hikers have reason to stop and spend their cash.

For some rural communities adjacent to the Trail, where no such mechanism exists to compel hikers to stop there with any regularity, the economic impact of the AT is somewhat muted. For example, Andover, Maine, nearly one-hundred miles southwest of Monson along the Trail, mentions its proximity only once on its official town website.

In stark contrast, other communities of similar size such as Damascus, Virginia, have enjoyed much stronger economic benefit from the Trail. Located at the nexus of several different trail systems, to include the AT, Damascus has branded itself as “Trail Town, USA,” and its Trail Days festival drew over twenty-thousand visitors in 2016.