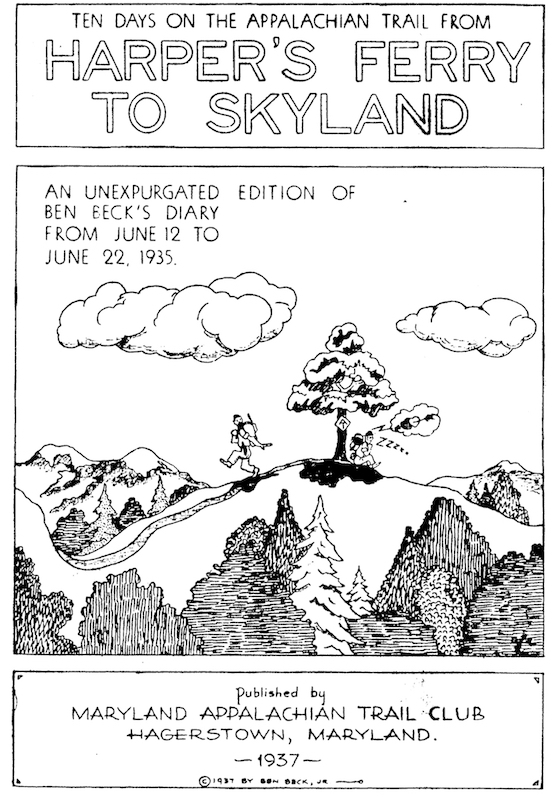 Shortly after the completion of the Appalachian Trail in 1937, hikers began to do something that none of the Trail's builders had envisioned--hiking the entire length of the trail from Georgia to Maine--first in sections, and eventually all in one season. Before the Second World War, the vast majority of those increasingly long hikes were for a week or two, but some of those long distance hikers began to notice that they had completed more and more of the trail and began to wonder if they might finish it all.

The early long distance hikers walked a trail much different from the one we know today. While large segments were carefully maintained, well graded and blazed, and offered trail shelters at convenient intervals, other segments were poorly maintained, only intermittently blazed, and instead of recently built shelters, there were abandoned homes of rural residents who had either moved away to find work during the Great Depression, or who had been forced off their lands to make way for the new state and national parks. The first versions of the AT also included a fair amount of road walking, sometimes for miles at a time along busy highways. 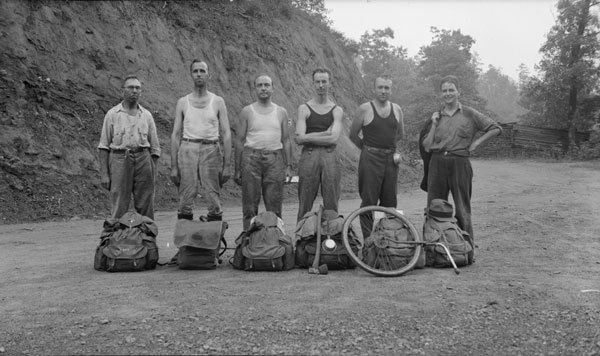 The first people who set out to walk every mile of the Trail because they wanted to hike it all were George W. Outerbridge (1881-1967) and Martin Kilpatrick, both physicians from Philadelphia. Outerbridge and Kilpatrick began hiking segments of the Appalachian Trail in October 1932, and completed their final section in June 1939. In his account of their section hike for the December 1939 edition of Appalachia, Outerbridge felt he needed to defend their decision to avoid any "skipping or shortcutting":

This may seem to some to be merely something in the way of a "stunt," but we do not look on it in that light. The Appalachian Trail is a real entity, and we felt that if one set out to follow it, he should do just that..."

Kilpatrick's wife Mary, who hiked with them most of the way, had completed all but 100 miles of the Trail by the time they finished their section hiking. She eventually went on to complete those final sections, making her the first woman to hike the entire Trail. That same year, Orville Crowder, the first president of the Mountain Club of Maryland, also completed a section hike, bringing the total number of hikers who had walked every mile of the Trail to five.