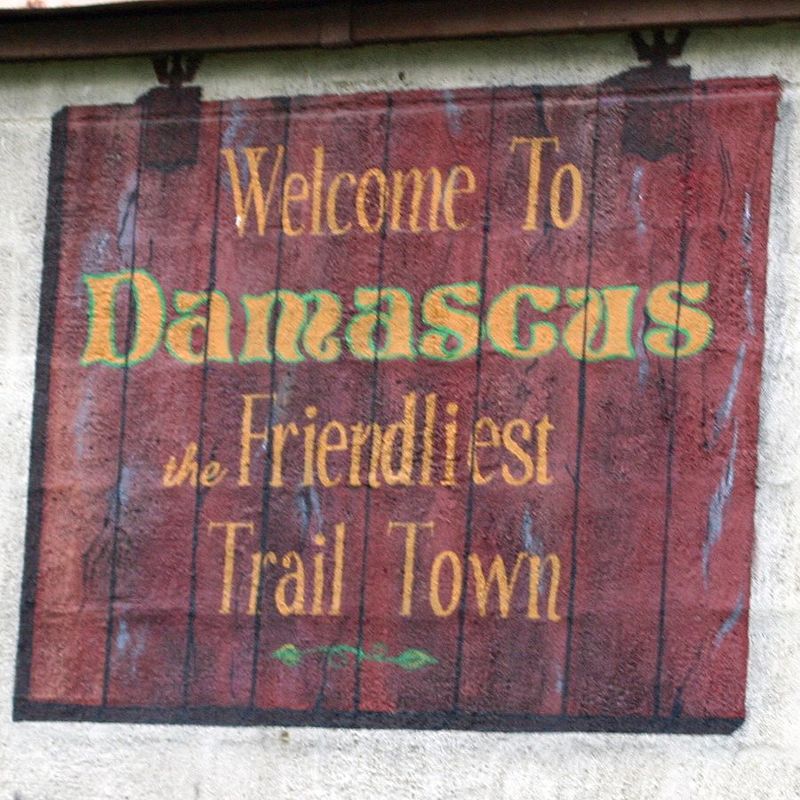 A mural representing the town's friendly atmosphere, which contributed to the ATC's decision. Photo credited to Waldo Jaquith.

On May 14, 2011, Damascus was named an official AT community by the Appalachian Trail Conservancy for the town's role as an asset to the trail and its hikers. Occurring on the 25th annual Trail Days celebration, members of the ATC, the Mount Rogers Appalachian Trail Club and local townspeople spoke at the commemoration, with guest speakers including town mayor McCrady and Virginia Delegate Joe Johnson.

Due to its status as "The Friendliest Town on the Trail" and "Trail Town, U.S.A," Damascus was selected for contributing to the maintenance and preservation of the AT as well as keeping the spirit of MacKaye's vision alive in the form of amiable and helpful townsfolk and celebrations like Trail Days.

The Appalachian Trail Community program was established in 2010, its intent to recognize towns that promote the trail's awareness as a significant resource. The purpose of the program is to help towns economically through tourism and recreation while preserving the AT, the former of which saw an increase in the 1990s. In the case of Damascus, the tourism boom is likely attributed to Trail Days' inception in 1987, allowing for more hikers and visitors to travel to the town and develop the local economy through the stores, restaurants, and outdoor activities available to them. The program has numerous benefits for selected communities.