In 1951, four hikers traversed all or almost all of the Appalachian Trail from end to end in one season. Three of those hikers, Gene Espy, Chester Dziengielewski, and Martin Papendick, hiked the entire trail, making them the second, third, and fourth thru hikers after Earl Shaffer in 1948. Bill Hall completed all but 300 miles of the trail, skipping the route between Roanoke and Damascus to save time and money. Pictured here, from left to right, are Dziengielewski, AT founder Benton MacKaye, Bill Hall and Gene Espy. The photograph was taken in October 1952, at a dinner hosted by the Georgia Appalachian Trail Club to honor the three hikers who attended. Papendick was thru hiking the Pacific Crest Trail at the time. 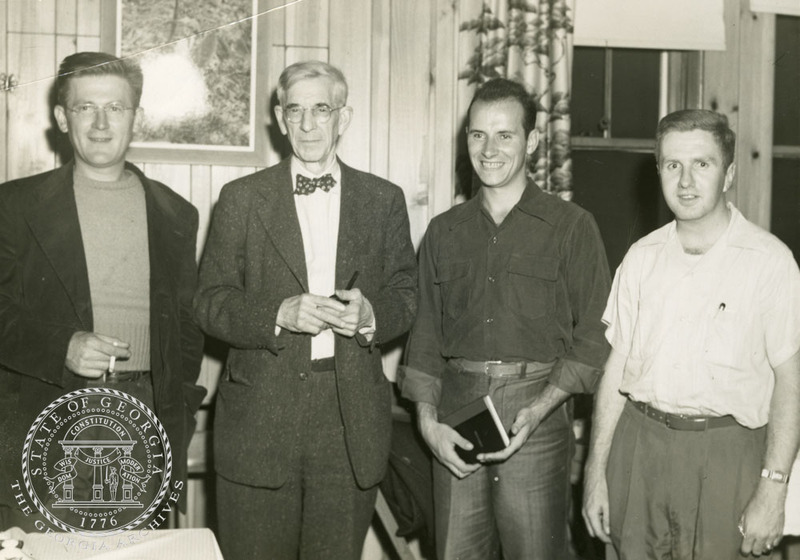