Taking Shelter in a Chestnut Tree

Members of the Smoky Mountains Hiking Club enjoying the big chestnut tree stop, March 5, 1932. Before the Chestnut Blight wiped out almost all American Chestnut trees in the Eastern United States, trees of this size were not uncommon along the Appalachian Trail. 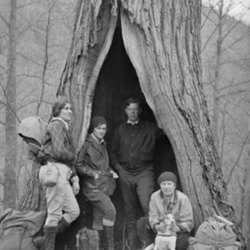 Many animal species live on the Appalachian Trail. Many of them are being threatened or endangered due to many reasons, such as human impact, climate change, habitat destruction, and pollution. 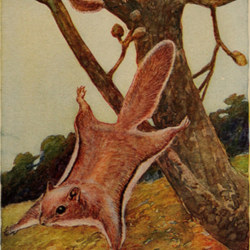 An American Chestnut Tree prior to the chestnut blight of the 1920s. 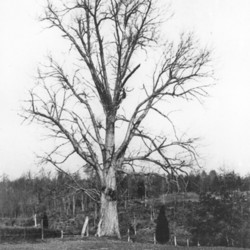