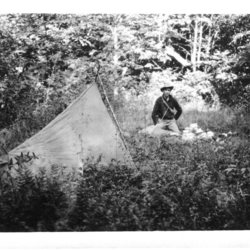 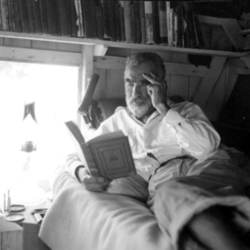 Photograph of Roy Ozmer (1889-1969) and Arthur Woody, chief ranger of the US Forest Service, circa 1930s. Ozmer is standing on the right in this image. 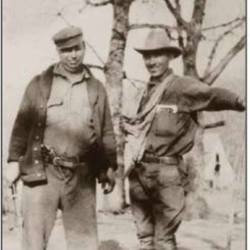