Originating from South America, this invasive aquatic plant often ends up in freshwater locations because of its wide use in aquariums. It gives refuge to mosquito larvae and it can damage boats since it grows densely. Boats can be damaged by having their propellers tangled in this thick weed. 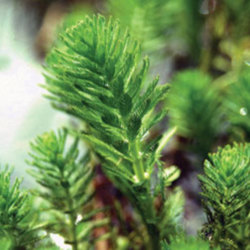 Chinese silvergrass is native to, as its name suggests, Southeast Asia. Like many other invasive plats that plague the Appalachian Trail, it was originally brought over to the United States for ornamental purposes. Even if you are not within reach of the Appalachian Trail, this invader is commonly planted in yards and near roads for decoration.

That does not mean that this plant should be taken lightly, however. It is known to spread quickly. This is because is is perennial (it grows back every warm season) and its seeds are spread by the wind.

This image implies the scope of its harm to the Appalachian Trail's ecosystem: by spreading quickly and growing densely, the plant can take up quite a bit of space that is needed for native plants to thrive. 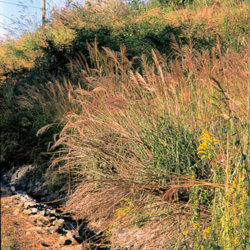