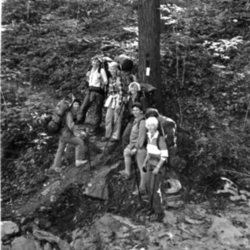 An advertisement for an early version of the Optimus butane backpacking stove. Lighter weight gear such as this helped make backpacking more accessible for ever larger numbers of hikers. 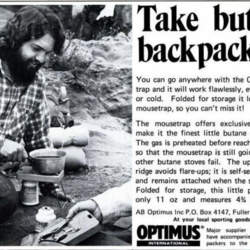 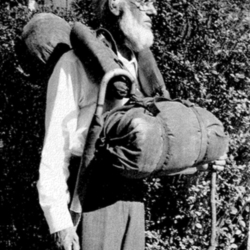